How the Willy Wag Tail Came About 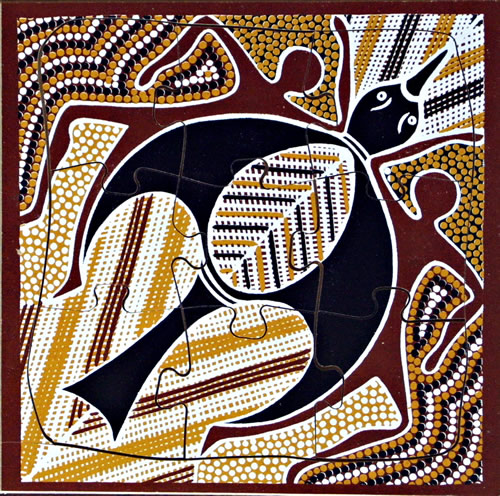 How the Willy Wag Tail Came About

How the Willy Wag-Tail Came About

Art by and Dreaming Story retold by and Charlie Chambers Jnr.

Back in the Dreamtime, there were two young boys who would tease all of the people in the tribe, stealing boomerangs, shields and walking sticks. One day, the boys tried to steal a tribal elder’s walking stick. He would not let them take it and put a curse on them. He turned the two boys into a little black and white bird called the Willy Wag-Tail. Today, when you see this little bird, he is jumping around, teasing the big birds. That is the two boys, inside the Willy Wag-Tail, teasing the big birds, the way they teased the people of the tribe.

* Paint your own Aboriginal art picture of Willy Wag-Tail

* Dot painting, cross-hatching and the X-ray style, showing bones and intestines, are 3 techniques used by Aboriginal tribes in Australia. Different tribes use different styles, just as different Western artists in different countries do. The Dreaming stories in this series come from the old people in the community who use them to explain how the animals, plants and people came to be, at the beginning of time, or the Dreamtime.